A is for Alice: Sneak Peek at Current WIP

April 01, 2015
This month I am participating in the Blogging From A-Z Challenge, which means that I will posting something new for every letter of the alphabet throughout the month, beginning with A.


A is a good letter to start with, because A is for Alice.

You may remember Alice Henshawe as the quiet barmaid at The Rose & Crown with the huge, serious eyes. She first appears in Tyburn, and we get to know her a little better in Virtue’s Lady. In my current work-in-progress, she’s getting an adventure of her own, set six years in the future.

I’ve been spending a lot of time with Alice lately, and I’m crazy about her. She’s a very challenging character to write because she doesn’t really speak. She’s very sharp, and has an unusual ability that you’ll hear more about in her story. In the meantime, here’s a sneak peak of Alice, all grown up:

“Alice! Where are you, stupid girl?”

Alice could hear Meg shouting for her from the kitchen as she juggled four plates and two bowls, all destined for opposite corners of the inn. It was a Saturday afternoon, and each one of our too-many tables was filled with hungry punters. She squeezed through the gaps between the chairs and sidestepped a careening child to deliver the first two plates to a couple in the back corner. The remaining two plates and two bowls were going to the table of apprentices beside the front door.

There were ten tables crammed between the corners, and Alice noted who had run out of what as she passed. Maggie was nearly out of beer and would need a new one soon. Kitty was with her but her children were at home, so she would be wanting sherry. Beyond them, Joe Ledford was back again and he was only drinking gin these days. Jeffrey Blackstock sat with his brother under the front window, shooting gazes Alice’s way that she imagined he thought were seductive but really just made him look like he was about to be ill. She broke eye contact as quickly as she had made it and delivered the rest of the plates to the apprentices by the door just in time for Meg to shout, “Alice!”

One of the them tugged her skirt as she headed for the kitchen. Expecting a new order, Alice turned and raised her eyebrows in question.

He was one of the stonemason’s new boys. Alice didn’t yet know his name. “You’re a Henshawe, aren’t you?”

“Is your sister in?”

Resisting the urge to roll her eyes, Alice counted silently to three.

Alice pointed toward the kitchen.

He smiled. “Not that one. The other one?”

Alice shook her head and returned to the kitchen. All four of her sisters were extremely popular with the local men. She had no idea which one he meant.

It was never Alice they asked for, in any case. In a family of golden-haired, angelic beauties, Alice was the ugly little brownish one who never seemed to fit in. She was shorter than the others, but tall for a woman, straight enough to be a boy with long, gawky limbs, freakishly tiny hands and eyes far too big for her head. Bug eyes, Meg called them, but Alice could no more change the size of her eyes than Meg could change the size of her tits, which got a little bigger with every new baby she had.

At thirty-five years old, Meg veered between reassuring herself that she was still young and beautiful as ever and despairing that her best days were behind her. She took a new boy to bed every night some weeks. They seemed to get younger every year. Perhaps it was just that she was getting older. Either way, she had never married, and feared she might never get the chance.

Mostly she just ordered Alice around. She sighed dramatically as Alice reentered the kitchen. “Where have you been, you little chit? They’re thirsty out there and Jeffrey Blackstock is asking after you. It wouldn’t kill you to show him a little kindness, you know. Learn from your poor old sister’s mistakes!” 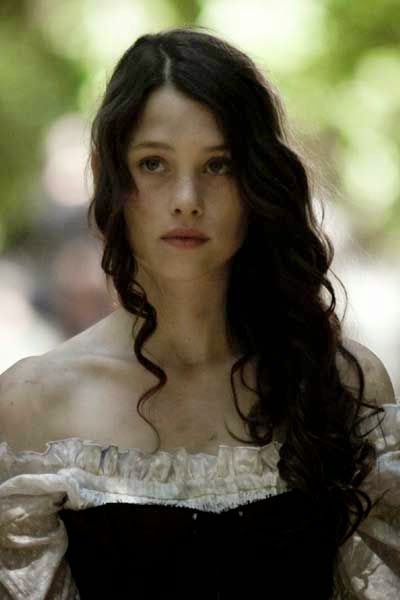 Well, it’s too late to marry Mark Virtue, Alice thought to herself.

She might have said as much, if not for her little problem.

It wasn’t that she could not physically speak. Alice had a voice, a husky little thing about an octave lower than one would expect, she just couldn’t use it. She was almost afraid to. Growing up with four overbearing sisters in an inn full of weary people demanding help at all hours of the day, talking had rarely done her any favors. So she kept her mouth shut, and she learned to disappear.

Alice hasn't had an easy time of things, and I want her to have everything she's ever wished for. If you've been paying attention, you might be able to guess what (or whom) that is. I can't wait to be able to share her story with you.

Thanks for stopping by!
Alice Henshawe Blogging from A to Z characters excerpt sneak peak The Rose & Crown Tyburn Virtue's Lady WIP