April 19, 2015
Today I am very happy to be hosting historical romance author, Andrea Cooper, with a peek at her latest novel, Viking Flame. Is this cover gorgeous, or what? I love the ships, and the Viking's not bad, either! 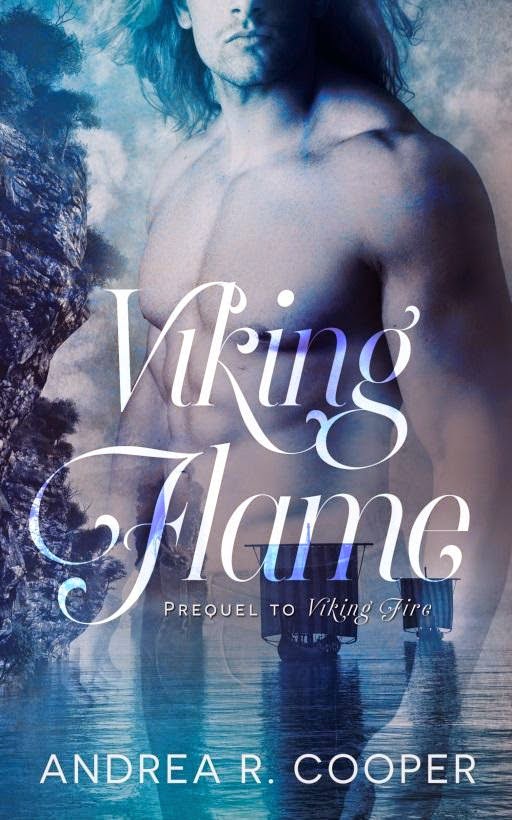 Bram has agreed to marry an Irish nobleman’s daughter in exchange for land and his services fighting with the Laird Liannon’s clan against rival Irishmen. However, Bram’s intended does not stir his heart. Not like the Laird’s daughter, Kaireen.

Somehow, he must not only convince the Laird to amend his marriage contract, but win the heart of the stubborn feisty Kaireen.

Near the beach, the man quit rowing and yanked out a knife.

Bram didn’t move. “You go against your Captain’s orders t—”

“You made it to shore. That’s all we’s promised.” He spat at Bram’s boots. “No one said anything about you living afterwards.” When he dove forward, Bram ducked to the side and snatched the sailor’s arm, pinning it to his side. When the sailor slung with his free arm, Bram increased the pressure until the man was on his knees.

“Cease, or I will break your arm.” If it wasn’t for his pledge to Morga, he’d have snapped the man’s arm already. Once his contract was signed with the Laird, then he’d be free to fight in Ireland—or at least against other Vikings and rival Irishmen. The man continued to struggle, “Or perhaps a leg as well? What will your Captain say if you return without your weapon and injured? Will he be merciful and allow you to recover or throw you to the sharks?”

“Heathen scum!” He twisted his body to escape Bram’s grip.

As he did, Bram snapped the man’s wrist backward and the first mate let out a howl before the blade came closer to Bram’s chest.

“Now, hand me the knife.” When the man glared at him, he increased pressure on the bent wrist. “Or this heathen might do worse so that not even the sharks would want you.”

The first mate gulped and released his hold of the knife.

Bram broke his hold and snatched the blade out of the air before it hit the water. “Tell your Captain, I will not forget his hospitality nor will any of my eight brothers.”

The man paled. “What brings you to our island? To rape our women and pillage our churches?”

“No.” Bram rose and tucked the small blade into his boot. “To find my bride.”
***
Find it on Amazon

Signup for Andrea’s newsletter for details on Viking Flame and get advanced notice on sales, new releases, contests, and more.

Other Books in this Series: 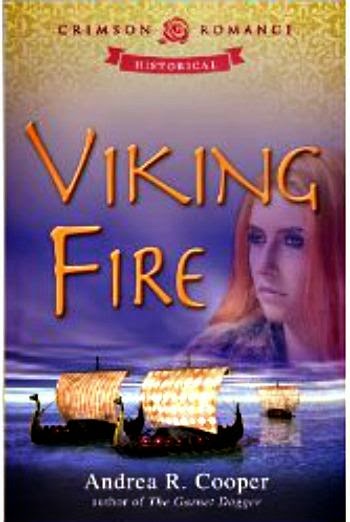 In 856 CE, Ireland is a land of myth, magic, and blood. Viking raiders have fought the Irish for over half a century. Rival Irish clans promise only betrayal and carnage.

Kaireen, daughter of Laird Liannon, is suddenly forced into an arranged marriage with her sworn enemy, a Viking. She refuses to submit. With no mention of love, only land and the protection of her clan, she endeavors to get her betrothed banished from her country. Will love find its way around her stubborn heart?

Bram, the Viking, finds himself without future or inheritance as a younger son in his family. A marriage to the Laird’s daughter would grant him land if he swears fidelity and if his men will fight along with the Liannons against any foe—Irish or Viking. However, the Laird’s feisty daughter only holds animosity for him and his kind. Is marriage worth the battle scars of such a relentless opponent?

With the blame for a rival laird’s death treacherously set against the Liannons, Kaireen and Bram must find a way to lay aside their differences as an unforeseen darkness sends death snapping at their heels.

Check out the Book Trailer here! 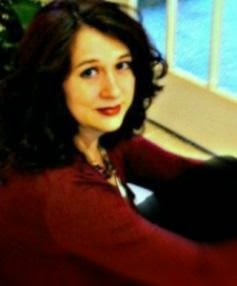 Andrea has always created characters and stories. But it wasn't until she was in her late twenties that she started writing novels.

What happened that ignited the writing flame in her fingers? Divorced, and disillusioned by love songs and stories. They exaggerate. She thought. Love and Romance are not like that in the real world. Then she met her husband and realized, yes love and romance are exactly like the songs and stories say. She is now a happy wife, and a mom to three kids (two boys and a girl).

Andrea writes fantasy, paranormal, historical, and contemporary romance suspense. When not writing or reading, one may find Andrea dancing in Zumba or playing tag with her kids.