K is For The King's Evil: Touch Me, Your Majesty

April 13, 2015
Disease was very common during the Restoration. In spite of the medical advances of the seventeenth century, there was much about the human body and disease in particular that remained mysterious. Magic was still believed to cure any number of ailments, and people often relied on superstition to treat illnesses. Executioners made most of their money by selling off pieces of dead convicts: their clothes, the noose, and even body parts were sold to Quacks for the making of charms thought to cure everything from headaches to bad luck.

One of the most mysterious of these illnesses was the King’s Evil. I know how it sounds, but it’s not chlamydia. The King’s Evil, or scrofula, is tuberculosis of the lymph nodes of the neck. It was called the King’s Evil because it was believed that only the touch of a King could cure it.

The disease often went into remission on its own, so the Royal Touch appeared to work. Kings had been touching people afflicted with scrofula as far back as Edward the Confessor. Robert Herrick even wrote a poem about it:

O! lay that hand on me,
Adored Caesar! and my faith is such,
I shall be heal’d, if that my KING but touch.
The Evill is not yours: my sorrow sings,
Mine is the Evill, but the cure, the KINGS.

-Robert Herrick, “To the King, the cure the Evil.”

While he waited in exile, touching those afflicted with the King’s Evil was one of the few royal duties Charles II could perform. As soon as he was back on the throne, people flocked to him to cure it, and he touched 1,700 of them within his first two months back.

Charles took his duty very seriously. Before long, a system was worked out whereby the afflicted would visit the King’s chirurgeon on Bridges Street in Covent Garden for what we would think of as a referral, and the King would see the afflicted personally on Wednesdays and Fridays, often in the Banqueting Hall. Once the system was up and working, he began to see up to 4,000 people per year, seeing more than 90,000 total between 1660 and 1682.

Louis XIV touched those afflicted with the King’s Evil in France, but there were those who believed that he lacked the divine gift so generously demonstrated by Charles II:

All lawful monarchs, God’s viceregents are
And by his Princely Patent govern here;
But all have not an equal grant from Heaven.
The Cure o’ th’ Evil to Britain’s Monarch’s given!
Whose royal touch hath healed our leprous land,
‘Tis therefore TREASON not t’obey’s command.

There you have it. If you are unlucky enough to be afflicted with scrofula, you'd better make sure the monarch touching you is British. 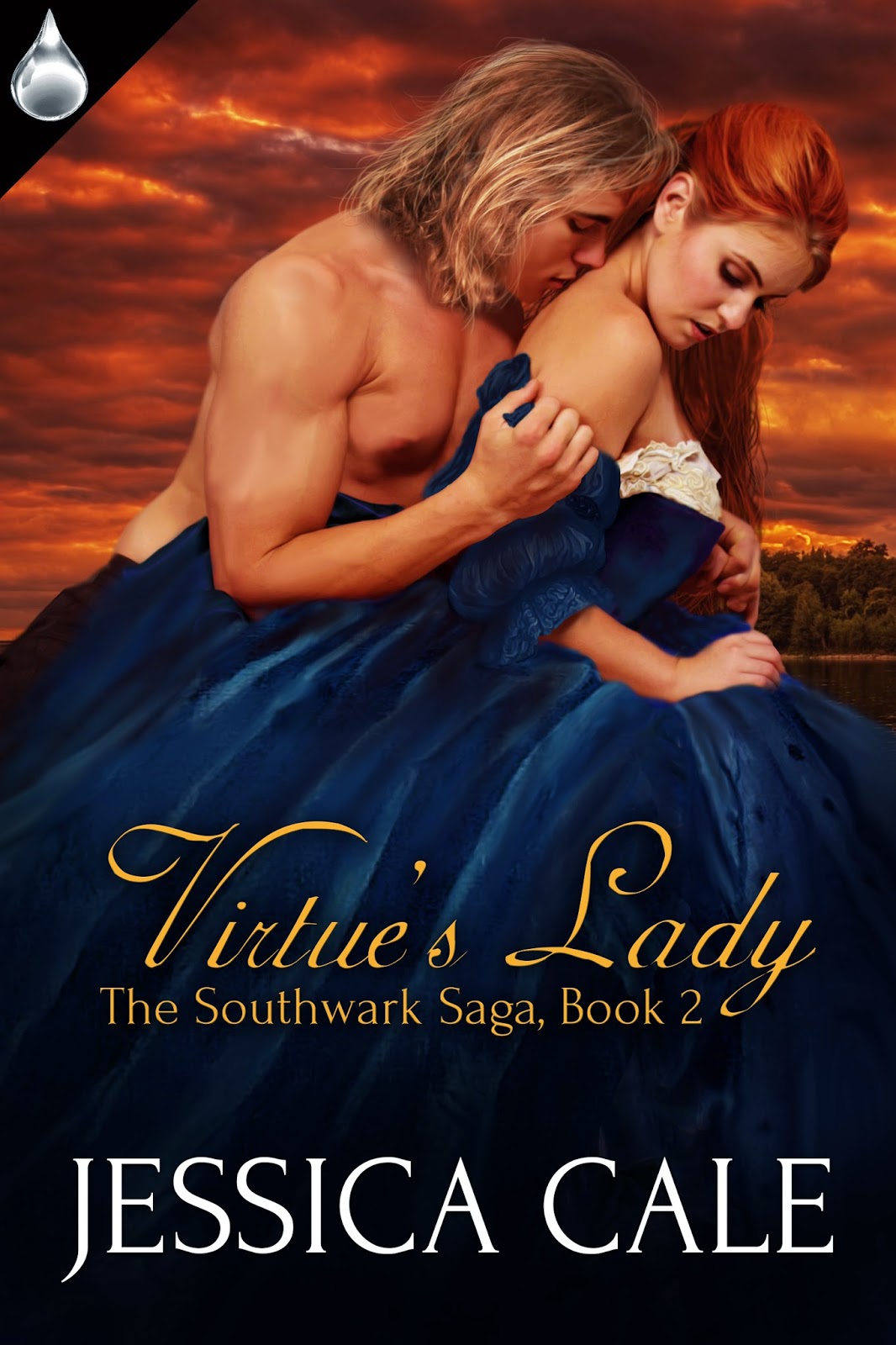 In other news, Virtue’s Lady is out today. If wondering what happened to Mark and Jane has been driving you crazy, now you can find out! The buy links are below.

My blog tour is well and truly under way, and today you can find me talking about different aspects of the book all over the place. I’ll be stopping by Nicole Hurley-Moore’s blog with a post about the plot and why I wrote it the way I did, and I’ll be visiting Susan Hughes with a post about seventeenth century marriage. I also made it to Tara Quan's blog with a writing tip, and The lovely Christa Maurice has a fun excerpt for us today as well, so be sure to stop by and tell us all what you think.

Without further ado, I’m going to go throw some confetti around and find something bubbly to drink. It's Release Day! Woohoo!