May 06, 2015
Tami Lund is an exciting new author of contemporary paranormal romance and I am thrilled to be hosting her today to celebrate the release of the latest book in her Lightbearer series, Light Beyond the Darkness. I've read both Into the Light and Dawning of Light, and they were awesome. As a special treat for us here today, Tami is interviewing the hero of her new book, Reid Hennigan. Take it away, Tami! 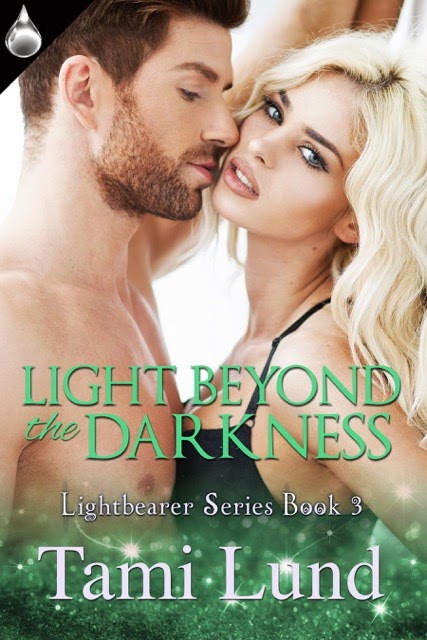 Thank you for having me on your blog today, Jessica!

Today, Reid Hennigan, the man of the hour from the third Lightbearer book, Light Beyond the Darkness, has graciously agreed to an interview. This is exciting for a number of reasons, but specifically because Reid is not normally a fan of talking about himself to anyone, let alone in a public forum. In fact, the only way I was able to convince him to meet with me was by swearing I wouldn’t bring up the past.

Me: Thank you, Reid, for joining me today. Are you comfortable?

Reid looks around at the swank hotel lobby, from his perch, relaxed against the back of a plush couch. We each have a glass of red wine in hand; a Brunello, which Reid indicates is one of his favorites.

Me: (Pause, until it becomes clear he does not intend to say anything more.) Right. So, Brunello. I wouldn’t have taken you for a guy who even has a red wine preference.

Reid: (Stares at me until I flinch and avert my gaze.) Brunello compliments Carley’s steak rub.

Me: Of course. Carley has a fabulous reputation as a premier chef, both here in Chicago and back in her coterie. Does she have plans to return to her home anytime soon?

Reid: Not that I’m aware of.

Me: What does that mean?

Reid: She doesn’t like to talk about her past, either.

Me: Hm. That sort of limits our discussion options, doesn’t it? (Nervous chuckle.)

Reid sips his wine and appears utterly at ease not speaking at all.

Me: Well, can we at least talk about how you ended up in Chicago? Alone? Most shifters prefer pack life, as I understand it.

Reid: Chicago is a big city. I’m not alone.

Me: But there aren’t any other shifters here. Or – are there?

Reid: There are shifter packs all over the place. Although you’re right; there’s no organized pack in the city. Generally, we prefer less urban environments. In order to maintain optimal health, we must shift into animal form at least once every two weeks. Considering humans aren’t supposed to know we exist, it can be a bit of a challenge to shift inconspicuously in the city. Plus, when we are in animal form, we like to be able to run. Again, the city environment isn’t exactly conducive to running free, especially if you’re in the shape of a wolf or panther or some other – as humans would say – wild animal.

Me: (Bowled over by the amount of information he’s just shared. It takes me a few moments to utter my next question.) Then why are you here?

Me: She wasn’t here eight months ago. You just met her, not too long ago, right?

Reid: Eight months ago, when my pack master died, I left my pack. I made my way to Chicago without a plan. Despite what I just told you about shifters, the city suited me, as I could get lost amongst the humans, and have easy access to a wide variety of excellent restaurants. And at the time, I needed to put space between myself and my shifter heritage. Is that what you want to hear?

Me: Um, yeah, actually. So if you’re here for the variety, why is it you seem to only eat at one restaurant these days?

Reid: Because Carley works there.

Me: You seem a tad obsessed with Carley.

Me: (I get the sense he is deliberately playing dumb, so I decide to be forthright.) Are you dating?

Reid: (Slowly sips his wine, clearly contemplating his answer.) We are… getting to know one another. We both have pasts that were … less than pleasant. Dating, relationships, mating … Let’s just say we’re taking it slow. Excruciatingly slow.

Me: You don’t exactly sound thrilled with going slow.

Reid: I’m a shifter. We have … needs. Outside of shifting at least once every two weeks. And spending as much time with Carley as I do makes those needs even more obvious.

Reid: I told you. She has a less than pleasant past.

Me: Which you aren’t going to tell me about.

Me: Doesn’t that seem like an important bit of information? I mean, what if it impacts your future?

Me: How can you be so sure?

Reid: I just am. Are we done yet? Carley will be heading to work soon, and I’d like to see her before she leaves for the restaurant.

Without waiting for my answer, he stands, a fluid movement that catches the eye of several other women in the lobby. But he sees none of them. He is too intent upon getting to Carley. He grasps my hand, pumps it twice, then with a quick thank you for the wine, he is gone, striding across the lobby and out the rotating door at the main entrance.

I cannot help but wonder if Carley feels the same way about him. And if she does, why is she insisting upon their relationship moving forward at a snail’s pace?

If you want to check out Reid’s book, Light Beyond the Darkness, here’s the blurb:

Wanting to forget the magical world from whence she came, lightbearer Carley Santiago seeks sanctuary in the human world. But when she meets shifter Reid Hennigan, she finds her heart is not so easily controlled. As passion turns to love, Carley finds that keeping secrets and hiding from her past could be dangerous for them both – fatally dangerous. Welcome back to Tami Lund’s magical world in Light Beyond the Darkness, Book 3 of her paranormal romance series, Lightbearer.

Carley was once the premier chef for the King of the Lightbearers. But when her mate pushes her over a cliff and she miraculously survives, she flees the coterie, knowing he will want to finish the job. She figures hiding in the human world is the best way to ensure her safety.

While working as a chef at one of Chicago’s top restaurants, she meets Reid Hennigan, a lone shifter running from his own past. Carley tries to push him away—she wants nothing to do with anyone from the magical community, even a persistent shifter who insists he only wants to show her pleasure.

Reid Hennigan is another reject from Quentin Lyons’ defunct pack. When he received word his pack master was dead, Reid ran away, having no interest in being forced to be subservient to another abusive pack master. Unfortunately for Reid, shifters are hardwired to be part of a pack, and soon he is wandering aimlessly through life, with no clear idea of what to do next. When he stumbles upon the shy lightbearer working at a restaurant in Chicago, he discovers a new lease on life.

Passion turns to love, and Reid figures his life is pretty damn perfect, despite no longer belonging to a pack. But Carley has secrets of her own, and her secrets could be fatal—to both of them.

You can pick it up at just about any e-book retailer, including Amazon.

And if you want to get to know the author behind this series, here’s a little info: 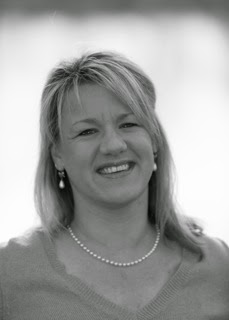 Tami Lund is the author of the above mentioned book, Light Beyond the Darkness, as well as the other two books in the Lightbearer Series – Into the Light and Dawning of Light. Tami likes to live, love, and laugh, and swears to her characters that she wants them to enjoy the same. Although, if you ask Reid, he’ll let you know it isn’t always at the pace he would prefer.

Curious about Tami’s other books? Have a look at her website. Everything’s listed – including a free read called Separation Anxiety!