August 17, 2015
Christmas in August? You guys must think I'm crazy, but bear with me here. Today I have the privilege of hosting my Liquid Silver pub sister, Daisy Banks, with an excerpt from her new Victorian Holiday Romance, Christmas Carols. I think it sounds like just the thing to keep the chill at bay this holiday season (or on particularly cloudy August days, for that matter), so grab a mug of hot chocolate and settle down to the latest lovely offering from the great Daisy Banks. 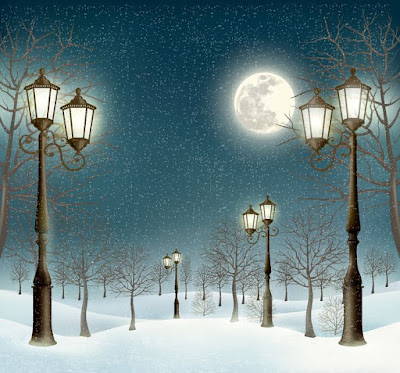 Thank you, Jessica, for your kind offer to help me celebrate the release of my new book Christmas Carols, published by Liquid Silver Books on the 10th of August.

I know readers might think it a little odd to be thinking about Christmas in August but in Victorian England, where my story is set, people were used to starting their Christmas preparations early. One of the things I love about this era is the images of snowy winters found in so many paintings and stories from the time. The poor battled to keep warm in the winter season while the rich had grand hearths where they burned both coal and logs.

The season to prepare your logs for the winter to come is the end of summer and into autumn, hopefully the year before to give the wood time to season as it makes for a better fire. I am certain lots of readers in the USA are already checking their log pile and thinking of stocking it up. I know in the UK as soon as the summer holiday is over people start ordering fuel of many sorts ready for the winter months.

My best wishes to all the readers in their preparation for keeping warm this winter. The winter snow in Christmas Carols performs an important task as you can see in this short excerpt.

Thanks for reading
Daisy Banks 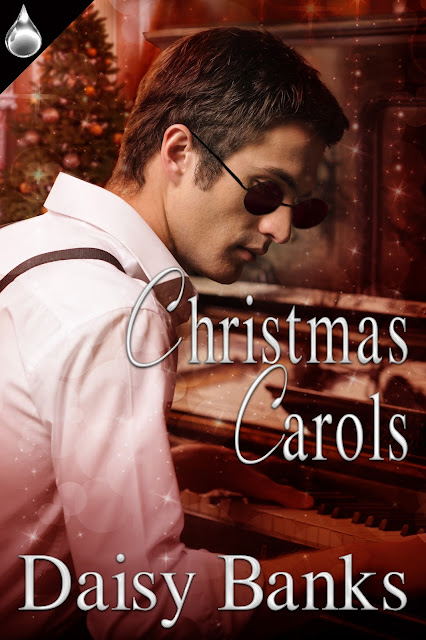 Stephen Grafton, the blind organist at Holy Trinity Church, is gaining a reputation for his fine playing and compositions. Alice Broadbrace’s initial venture back into society after years in deep mourning brings her to the notice of the talented organist, and he offers her the opportunity to sing a solo carol to his accompaniment. His courage convinces her to find her own, while her charm entices him into thoughts of romance. A difficult walk in a snow storm is only the beginning of Stephen and Alice’s journey to happiness. Enjoy this sweet Victorian tale of talent and love blossoming.

Are you ready, Alice?” Stephen asked.

“You don’t have to escort me home, Mr. Grafton. I can manage alone.”

“Probably, but the walk will do me good, and Blue will enjoy the opportunity to walk too, so no rebuttals. Let’s be on our way. It feels as though the temperature has dropped considerably.” He offered his arm, and his tiny piece of world improved as Alice slipped hers through. “Walk, Blue.”

They walked with Blue across the nave to the side door.

“The pavements were rather slippery on the way here. I think the frost will be severe this evening.”

“You will have to direct us, Mrs. Broadbrace, as I’m unfamiliar with the route.”

“Of course, we need to cross at the corner and walk up Blossom Field Lane. My house is half way up the hill. Let me open the door.”

The door creaked as Alice pushed it.

“What?” But he didn’t need her answer as an icy flake hit his face. “Snow.”

“Yes, and so heavy. I do think you should make your way home, Stephen, rather than accompany me. The road is covered already and can only get worse.” The wind whipped her words to him.

“No, I’ll walk with you, Alice. I would hate for you to take a tumble.” A rustle and loud click, followed by the sudden absence of the freezing assault on his face told him she had put up her umbrella. She set her hand back on his arm and they took the two steps down to the churchyard path.

“The paving is dreadfully slippery.”

“We’ll go slowly.” The pathway, as she said, proved treacherous and he almost lost his footing. She grabbed at him so they both lurched. He laughed as they steadied. “Forgive me, but we must look a pair.”

“I doubt there is anyone to see, Stephen. The last of the choristers have gone. I can scarce see anything as the snow is falling so fast.”

“Hmm. We might take a little longer than usual to get to your house.”

She tightened her grip on his arm. “One bit at a time. We need to get to the churchyard gate and then the street.”

The snowflakes blasted his cheeks each time her umbrella moved with her steps, and already his ears tingled with the raw wind.

Blue walked on in the inclement weather but the dog had slowed his pace for them.

They stepped down into the road and trod slowly across, and then stepped up the other side to an equally icy pavement. Chill damp spread in his boots and his toes prickled.

They paused and Alice turned him around to face the other way against the snow for a few moments respite. “I am sorry, Stephen, I’m unsure of the direction. I can scarce see at all. The snow is swirling under the umbrella and the wind is so ferocious.”

“Exhilarating isn’t it,” he said. “I can’t recall ever being in snow like this.”

“I think it rather frightening. We need to turn back again. I know the road is right because there is another lamppost. It is just a little way on. Are you ready?”

He turned back into the fierce wind and Alice altered his direction a little before clinging tight to his arm. Her umbrella provided moments of fractional protection against some of the wild flurries. Their path now became more perilous as they tried to make their way up the hill. He placed each footstep with care but still slid in places. Alice gave a little gasp each time her footing slipped.

“Let me put my arm around your waist, Alice, I can steady you better that way, and don’t complain of anyone noticing us, please. I’d rather shock the town populace than let you get a twisted ankle or worse.”

He moved her arm from his and found her waist. He slid his arm around her, astonished she should be this slender. “Now you put your arm around me and then we set off again. Does Blue look all right?”

“Yes. Poor Blue, he looks as cold and miserable as we must.”

Strangely, with her in his embrace, and with the pressure of her arm around his waist, Stephen could think of very many other times when he had been far more miserable than tonight.

Daisy Banks is the author of 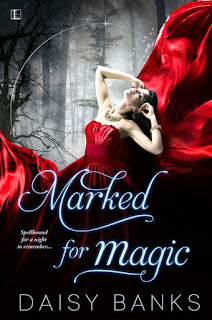 Daisy Banks writes a regular monthly story in the Sexy to Go compilations.