October 16, 2015
Today I am delighted to welcome M.S. Kaye to my blog with the latest stop of her Haunted Blog Tour, a post about the inspiration for her character, Mick Fadden. Enjoy! 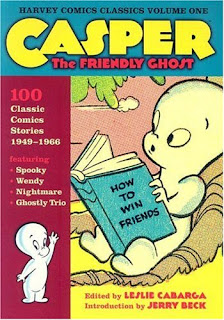 Although this book series isn’t exactly “friendly,” how could I resist using Casper as inspiration? Though only with minor characters.

Ilona meets a little boy in the hospital named Joey Reit, whom she helps, with Lettie’s assistance. A good friend of Archer’s, a sweet, somewhat unstable, homeless man, is named Harvey. Someone from Archer’s past, whom he thought to be a friend, is named Mick Fadden.

The inspiration for the name:

“Everyone’s favorite friendly ghost (Casper McFadden) was created in the late 1930s as a character in a story book, but was soon adapted into animation. Casper was created in the late 1930s by New York City native Seymour Reit and Joe Oriolo, the former devising the idea for the character and the latter providing illustrations (Harvey Comics). The New York-accented ghost was desperate to make friends after he got tired of scaring people all the time, much to the annoyance of his pesky uncles, The Ghostly Trio.” (www.toptenz.net) 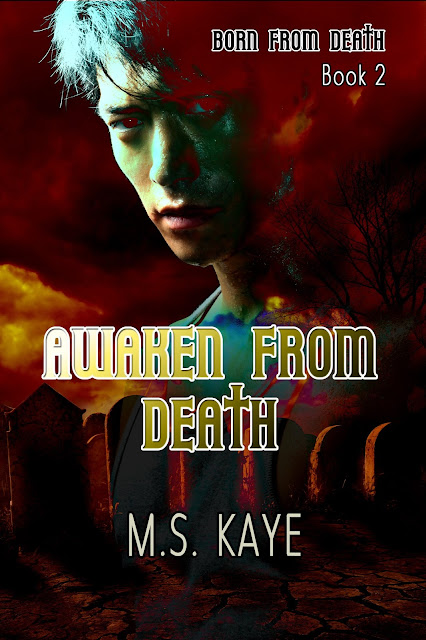 The only emotion Ilona can muster is anger for the death of her mother. Barely engaged in life, she focuses all of her energy on finding and punishing her mother’s killer.

Since Ilona can see ghosts, Archer has to find unique ways to hide while watching over her. When Ilona is in danger of being mauled by a dog, he desperately tries something that shouldn’t be possible. And yet he succeeds. This is just the beginning of his discovery of who—what—he truly is.

Lettie continues to interact with Ilona, her one friend, even when a Messenger warns her. Eventually, Lettie remembers the ancient connection Archer and Ilona share, as well as her part in the punishment Archer bore as a result of that connection.

Sneak Peek at Awaken from Death

The blond boy didn’t walk up to a urinal or into one of the stalls, or even up to the mirror. He stood in the middle of the room.

Something moved backward away from him. Out of him.

She recognized Archer’s shiny black hair and strong frame even before she could see his face.

The blond boy shook his head and looked around. “Fuck.”

Lettie stared at both of them.

The blond boy turned, leaned his hands on the counter, and looked at himself in the mirror…not the way people usually looked at themselves. It was more like he was trying to see something more than was in the reflection.

Archer watched him, as if waiting for him to see something.

Then Lettie understood. Archer hadn’t merely inhabited the boy—he’d possessed him. But there were only a couple ways that’d be possible—if he were half ghost, or if he…

A memory struck Lettie like a horse galloping across a battlefield. An ancient memory. Lettie had been around since the beginning of time on Earth, but most of those thousands of years she let slink around the crevices of her mind. It was mostly just walking the bridge with the newly deceased. There were a few memories, though, that burned into her every time she let herself pull them forward. And burned was precisely the right word.

She knew—or rather, remembered—why Archer would never leave Ilona. 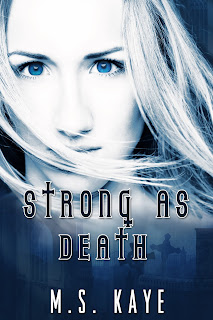 Strong as Death
Book 1 in the Born from Death Series

Ilona runs from her sheltering mother in order to find the truth, why she’s seeing people who are invisible to everyone else. A mysterious boy named Archer guides her through Brooklyn and introduces her to Hendrick, the man who claims to be her father—though he died in 1890. Ilona must discover not only what she must do to rid the city of Soll, a sadistic and powerful spirit, but also what it means to be half ghost. She proves what her mother told her—love is stronger than death.