November 29, 2015
Today I am thrilled to introduce you to one of my favorite new authors, the hilarious and very talented Eve Dangerfield. I was lucky enough to read an advanced copy of her brand new erotic contemporary romance, Degrees of Control, and I absolutely loved it. You can read my whole review here. Degrees of Control is out today and -- lucky us! -- our publisher, Liquid Silver, is also having a massive Cyber Monday sale so you can snag a copy for yourself for 50% off at lsbooks.com. All Liquid Silver books are half off today only (including mine!), so there's no time like the present to stock up on some delicious holiday reading. Enjoy!

I’ve written on my Facebook page that Jessica’s review of my upcoming novel was my favourite. This was because she noticed something I tried very hard to get across in my book. My heroine, Charlie Bell is a girl with opinions. She’s a vegan, lives hand to mouth so she can teach yoga full time and refuses to believe having kinks makes her dirty (even if she’s nervous about exploring them.)

Charlie is generally adored for her laid back charm. Reviewers have also loved her group of girlfriends who support their friend unconditionally while teasing the stuffing out of her. James on the other hand is a character who divides opinions. Some love him, others think he’s an arsehole. I won’t deny he’s a complicated guy who doesn’t always understand his own headspace but I wrote Degrees of Control that way for a very specific reason.

Too often I read reviews in which the heroine is called a whiny pain in the butt and the hero is praised as a hilarious sex-bomb. He has a circle of mates to banter with and she has a lone friend or sister (who is often a bitch). The guys trade witticisms about their cocks and the women complain about their thighs. I’ve lost count of the times I was forced to follow a heroine who is a nagging, irrational nutbag virgin who just needs some sense boned into her and that makes me scream. Loudly. Like loud enough to perforate my own ear drums and bleed to death.

I don’t think romance novels are fundamentally sexist but they are often riddled with stereotypes that go deep and stick hard. That’s true of almost all literature but I don’t think books written primarily by women for women should reinforce lazy, boring clichés. I mean sure, sometimes the man is the jokester and the woman is the stick in the mud but not ALL THE BLOODY TIME.

It’s a brave new world out there, one in which women don’t have to read paint-by-numbers romance anymore. It’s my dearest wish that this incredible new wave of younger, more socially conscious female authors will help change it even further by portraying not only the virgin librarians but the nerds, the gamers, the rebels and the sluts. We exist, we fall in love and we need to see ourselves in the female characters we read. If I can contribute anything to that movement then I’ll die a happy lady. Unless I scream myself to death. Stay tuned. 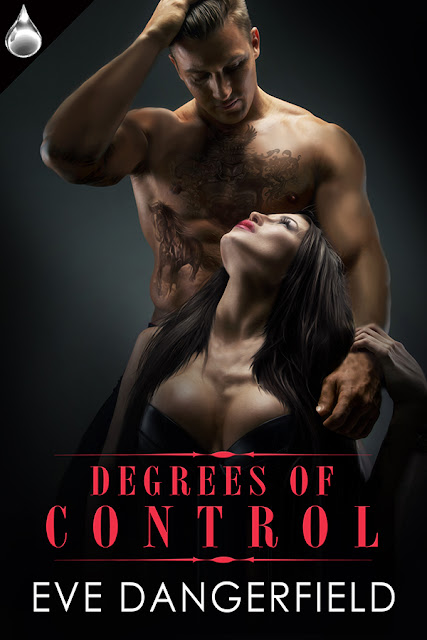 Degrees of Control
By Eve Dangerfield

Charlotte Bell is a typical yoga teacher. She's friendly, earnest and has some slightly masochistic tendencies. After a painful break-up she’s determined to address her long-denied kinks with the kind of man she’s always been too terrified to approach. Charlie's friends select James Hunter, a male model turned suit who has some dark inclinations of his own. After a ‘chance’ encounter at a party James agrees to school Charlie in the harsher side of sex. He knows she's too genuine, too kind, too everything for a guy like him but he won’t turn down the chance to break in a starry-eyed submissive like her. As Charlie and James attempt a strings-free sexual relationship they're alarmed to discover a connection that runs deeper than either of them could have predicted.

“You leave selling her to me,” Sophia said in the brusque, confident tone she used for her pre-game speeches. Pulling herself all the way up to her six feet, she pointed toward her unsuspecting guests. “Charlie, you asked me to help you have a one-night stand of the sexually deviant nature.”

“I can confirm there are thirty-seven single men here tonight, accounting for absences and unexpected girlfriends.”

Charlie tried to stop her stomach from flopping around. This was actually going to happen.

“To make things easier for you I have narrowed your options down to three ideal candidates based on hotness, height and your particular interests.”

Charlie was beginning to regret telling Sophia so much about her fantasies.

Charlie scanned the crowd until she spotted an auburn-haired man with a body that rightfully belonged to Superman. He literally towered over everyone around him.

Sophia, nudged Charlie. “Blair is a six-foot-five State Trooper. He and Simon work together. He broke up with his fiancée last year and has been ploughing through every available female in the Midwest since.”

“Holy shit, Charlie, he will destroy you,” Hayley whispered.

Charlie took in the man smoking on the back porch. Conner had a shaved head, two armfuls of tattoos and a brooding expression.

“He’s Colombian, a personal trainer and, by all accounts, a demon in the sack.”

Hayley moaned. “Ten out of ten, would bang. Would. Bang.”

Sophia rapped her on the back of head. “No poaching! You can have Charlie’s cast offs.”

Charlie fiddled with her hair. “Why are all these guys so tall? They’ll make me look like a toddler.”

“You specifically requested someone tall! I’m just meeting your demands.”

Her friend swished her long blonde hair. “No. Tonight that’s what I am, your pimp. Now stop being so dramatic and concentrate. We have a surprise entry for draft number three because I wasn’t sure he was coming tonight—”

“No. Fucking. Way.” Hayley gripped Charlie’s arm with wild abandon. “I thought he lived in Texas? Holy shit, Charlie, you have to pick him!”

Sophia glared at Hayley. “Your third choice is James Hunter. Businessman, former football player, colossal man-whore and, like myself, an accent to die for, Miss Charlie.” Sophia stretched out her Texan twang like a piece of warm toffee.

“He’s the blond over by the bar. Don’t judge by the clothes.”

Charlie felt like she’d been punched in the stomach, her hand leapt to her curls like they were a protective amulet. The man in question was leaning against a wall, nodding to a starry-eyed redhead. His face was half in shadow, arms crossed in front of his chest. The casual attire, sun-streaked hair and powerful body might have suggested he was a surfer but he lacked a surfer’s relaxed attitude. This man’s body language screamed indifference. The set of his square jaw was authoritative, almost arrogant and Charlie felt her spine straightening in response.

“Abercrombie asked him to model in college,” Hayley whispered as though there was some chance the man would hear them halfway across a party. “He got paid to wear jeans with his shirt off, can you believe it?”

Yes Charlie could. If anyone was born to glare at people from monochrome jean commercials, it was this guy. He was the unapproachable kind of handsome that made her want to cross the street when she saw it. 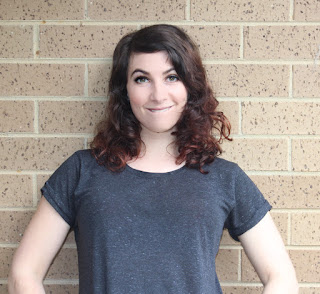 Eve Dangerfield has loved romance novels since she first started swiping her grandmother’s paperbacks at the age of fourteen. Now she writes her own unapologetically sexy tales about complex women and gorgeous-but-slightly-tortured men. Eve currently lives in Melbourne with her lovely sister, extremely chill boyfriend and a rabbit named Billy. When she's not writing she can usually be found drinking, dancing or making a mess. Often all at once. Degrees of Control is her first novel.