December 01, 2015
When thinking of other historical periods, how much attention do you give to the food? Do you wonder what the Romans were eating in 44 BC, what King John dined on after signing the Magna Carta, or what was on the table the night before Lincoln was assassinated?

In spite of my love of history, and, well, my even stronger love of food, I hadn’t really combined the two. I know bits and pieces of random food history (many from reading historical romances!), but it wasn’t until I delved into research for A Matter of Time, my new Regency time-travel romance, that I had to really think about what would be on the table, and how a twenty-first century woman might react to it.

Of course, our heroine Eliza James feasts at a duke’s table, partaking in meals of a much higher quality than she’d likely encounter in the streets of London. Still, I easily pictured her shock at some of the foods, especially for a girl raised on modern American cuisine – and by that, I don’t mean the high falutin’ stuff like stuffed cabbage with leeks, but rather the food I myself grew up eating: tuna noodle casserole, macaroni and cheese, Hamburger Helper. Dairy Queen Blizzards and Papa John’s pizza. Captain Crunch, Egg McMuffins, Kit Kats.

I’m not saying she (or I) never eats fruits and veggies, never makes a stab at healthier eating. But she, like I, loves convenience foods. So, well, when she’s faced with white soup, turtle, pigeon, mutton, and the like, she isn’t quite prepared.

Luckily for Eliza, Clarehaven’s cook makes a mighty tasty cherry tart, perhaps somewhat similar to this one from the Jane Austen Centre, and a decent cup of hot chocolate.

How do you think you would do if you were suddenly whisked away to ancient Greece, medieval Germany, Napoleonic France, Civil War America? Would the food give you pause, or would you dig in with gusto? 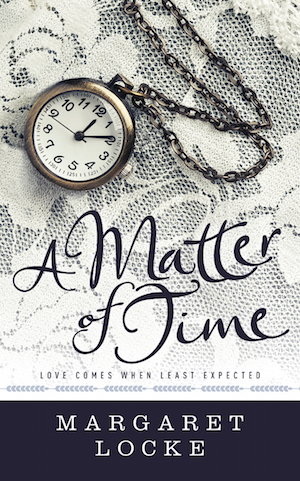 A Matter of Time
By Margaret Locke

Nobody would blame widowed doctoral student Eliza James for giving up on Happily Ever After; at twenty-nine, she’s suffered more loss than most people do in a lifetime. But Eliza’s convinced her own hero is still out there, waiting for her, just like in the beloved romance novels she devours. Every girl deserves a Darcy, right?

Only Eliza doesn’t dream of a modern-day affair: she wants the whole Regency experience. When a magical manuscript thrusts her back two hundred years into the arms and life of one Deveric Mattersley, Duke of Claremont, however, Eliza soon realizes some fantasies aren’t all they’re cracked up to be, especially when her duke proves himself less than a Prince Charming.

Deveric Mattersley has no interest in women, much less marriage. Determined to atone for his sins after convincing himself he's at fault for the death of his first wife, he decrees himself content to focus on running his family’s estates, and on raising his son–until the mysterious Mrs. James appears. Who is she? What does she want? And why does she make Dev’s blood run hot in a way no woman ever has?

Can a man with a past and a woman from the future forge a love for all time?


"I fell in love with this book, just as I did with the Jane Austen classics. There's a new Mr. Darcy in town." - Annie, ARC reader, reviewer for The Write Review and ChickLitPlus.com.

Find it on Amazon here 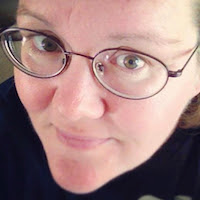 A lover of romance novels since the age of ten (shh, don't tell mom!), Margaret Locke declared as a teen that she'd write romances when she grew up. Once an adult, however, she figured she ought to be doing grown-up things (such as earning that master's degree in medieval history), not penning steamy love stories. Yeah, whatever. Turning forty cured her of that silly notion. Margaret is now happily ensconced back in the clutches of her first love, this time as an author as well as a reader. Margaret lives in the beautiful Shenandoah Valley in Virginia with her fantastic husband, two fabulous kids, and two fat cats. You can usually find her in front of some sort of screen (electronic or window); she's come to terms with the fact that she's not an outdoors person. Margaret loves to interact with fellow readers and authors! You may find her here: