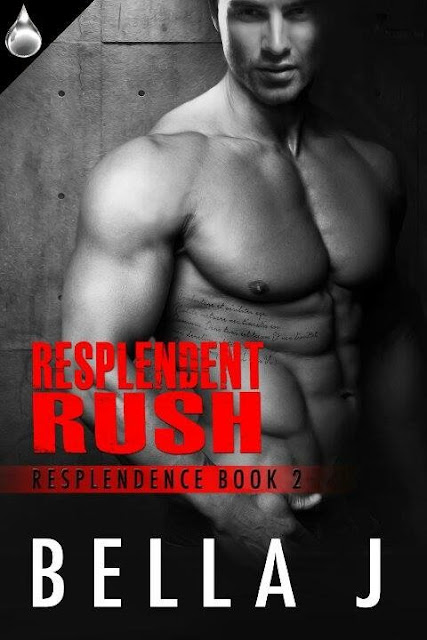 Lexi is a vivacious, quirky, and fiercely independent woman with enough attitude and wit to intimidate even the most confident of men. Levi is a sexy-as-hell, cocksure, smoldering hot marine blessed with smooth swagger and cool confidence to charm his way into any woman’s bed. The one thing they have in common, though, is their disinterest in finding love. She’s determined to not let love interfere and dictate her life. And with his career, he doesn’t need the emotional ties and baggage of love, and dreams of white picket fences.

But a few chance encounters have these two tangled up in one wild, passionate, explosive ride which neither of them expected, and which leaves them completely and utterly addicted to each other. Already in too deep, Lexi stubbornly fights her growing feelings for him and refuses to become vulnerable against the power that love seems to yield. She has witnessed firsthand how loving someone can destroy a person, leaving him defenseless against a life of emotional turmoil. She refuses to let it happen to her.

Levi knows that Lexi is holding back. He knows that she is keeping a part of her heart guarded. He’s determined to burn down the walls she so desperately clings to, and make her surrender her all to him. But with his long-lost brother’s unexpected return comes an inexorable danger that he will do just about anything to protect her from—even if it means losing her, and in the end, breaking her heart.

She hardly knew the guy—but got very well acquainted with his body within the span of three hours. Three hours! The man had become a legend in Lexi’s eyes.

Then the Legend opened those beautiful green eyes. A contented smile appeared on his face as he closed his eyes and stretched his arms under the pillow, his ass cheeks puckering into curved shapes of hard muscle—which she wanted to squeeze so freakin’ bad.

“Hey,” she said back and pulled the sheet up.

One of those green orbs opened and looked at her. “It’s a bit late for modesty, don’t you think?”

“Who knows, maybe you were too drunk to see anything.”

“Oh, I saw everything, believe me.”

She snorted. “I doubt that.”

Then like one of those freaky fast, stealthy ninjas, he moved, and she was pinned beneath him. Blood rushed to her cheeks.

“I made sure I saw every inch of you,” he whispered against her lips. A warm fuzzy feeling spread across her chest.

His hand toyed with the top of the sheet that still covered her, and slowly he moved the fabric down while his eyes followed the movement.

“Like this little spot”—he stopped and kissed the little dark beauty spot just above the swell of her breast—“right here.” She closed her eyes, unable to stop the tingle that spread all over her skin.

While she had been busy enjoying the tingles, he suddenly hooked his arm beneath her leg and jerked her thigh up.

She gasped. He shifted.

“And like this little spot right here.” His lips found another little beauty mark right on the inside of her thigh, and she thanked the Lord for all the little buggers she had across her body and hoped like hell he planned on going on a treasure hunt.

Her breathing became more labored when his lips continued in an upward motion—slowly, deliciously making their way up her thigh. Her body responded by moving, searching for more. Just as she wanted to reach for his hair with her fingers, he went completely ninja on her ass and turned her onto her stomach with one swift move of his arm.

He hovered over her naked back and then settled his weight on her.

Okay, seriously, there was about to be one hell of an explosion right in the middle of Manhattan, and Lexi totally blamed the hot little ass currently kissing trails up her spine.

Okay, there was nothing little about him, at all.

“Oh, I remember these little beauties perfectly,” he said softly. She felt him smile on her skin as his lips continued all over her back, and her shoulders, and then down to the area just above the curve of her butt.

Oh, good Lord, her brain was about to turn into mush. Soon—very soon—there would be nothing left of her mind but a whole big bucket of mushy lust.

She writhed beneath him, unable to keep still for one second longer. He firmly placed his hand on her hip, stilling her.

His lips moved over the curve of her behind. “Does Petite want more?”

He moved up, and the length of his body covered hers. His heat flowed over every inch of her skin, and it rendered her incapable of thinking about anything other than having him right then and there. In fact, her body demanded it.

She bucked her hips a little and heard him inhale sharply.

She smiled. “Does that answer your question?”

He nipped her ear between his teeth. “Oh, hell yes.”

Read all another great excerpt and reviews of the first book in the series, Resplendent Ruin, here! 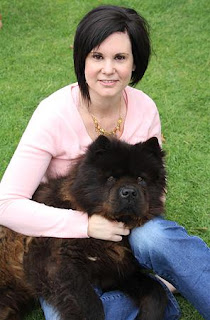 Bella J lives in Cape Town, South Africa with her husband, two kids, & chihuahua. Her love for writing started in eighth grade when she received her first writing assignment—which she flunked. But the positive side of her failure—her newly found passion for writing. The negative side—now she’s completely spaced out half of the time living in her little pretend world of romance, love, & insanely hot heroes.