March 07, 2016
Eve Dangerfield's new contemporary romance Locked Box was one of the best books I have read in years, so I was psyched when Eve agreed to stop by my blog with some fun behind-the-scenes facts about her new release. I'll try to restrain myself from going all fangirl over here, but in case you'd like to read my review of Locked Box, you can find it here.

Max’s motorbike, a Triumph Scrambler, is the bike my boyfriend desperately yearns for in his heart of hearts.

Julia’s sister Ash is based on the soft-but-rock hard bogan girls I only seem to meet in regional Victoria. They drink, they swear and they’re fiercely protective of the people they love. They also flawlessly manage to look like sexy garbage, which you might think is gross and obvious but in reality is a very hard look to pull off.

Max’s sisters are named after two of my favourite cousins. (They also give amazing no-bullshit advice.)

Julia’s sense of style, which I can see perfectly in my mind’s eye, is that hippie, floaty kind of fashion that only suits rail-thin model types. It’s really no surprise Max teases her about being a hipster.

Tiff, Julia’s gaming partner was originally meant to have a much larger role but was cut due to plot issues. She’s a blue haired lesbian who is constantly trying to quit smoking. 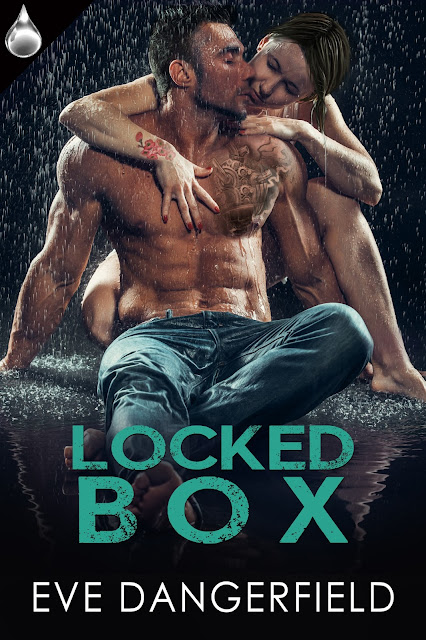 Gaming, cider and RAM are all things young IT woman Julia Bennett understands. Her agonising crush on a seemingly married cop? Not so much. Julia’s been avoiding Max Connor for six years but now they're spending the weekend trapped in an evidence room full of whiskey and mice. Locked Box is a novel about two people with an unspoken connection who are forced to look each other in the eye and say “I really, really, really want to make out with you.”

Julia Bennett isn’t having a great day. Funding for her video game is running low, her IT job is sucking her dry and to cap it all off she’s locked in a police station with the very handsome, extremely married guy she’s been avoiding at all costs. Max Connor isn’t having a great year. He’s getting divorced, his best friend is squatting in his spare room and his inappropriate crush on the IT girl is getting dangerously out of hand. And that was before he locked the two of them in an evidence room for the weekend. Surrounded by three decade’s worth of drugs, guns and floppy disks, Max and Julia are forced to confront the heat that lies between them with dangerous, funny and occasionally toe-curlingly sexy results.

It was a man’s voice, calm and controlled and Julia knew it was a cop. Relief blasted through her, so all-encompassing she could barely speak. She slapped at the door trying to tell her would-be rescuer she was alive and in need of evacuation.

There was a pounding of feet as her rescuer dashed away. Julia inhaled, trying to calm her racing heart. The footsteps returned. Whoever this guy was, he was quick.

Julia swiped a hand across her sweaty forehead. “Oh my god please let me out.”

So the cop thought the actual evidence supervisor was the one entombed in Brenthill’s evidence room? That was awkward, then again who cared? He could think she was Humphrey B Bear if it got him to let her out. There was an agonizing rattle of keys, a muttered curse and then the door clicked open. Julia didn’t think she’d ever heard a sexier sound. She and the cop turned the handle at once, jamming the door. Julia laughed and let go, allowing him to open it. “Thank you, thank you, thank you. I’m going to nominate you for Cop of The Ye--”

It was him. Of course it was him. She was locked in a room, making a total dick of herself. Why wouldn’t it be him? Julia’s mouth went dry as Senior Constable Max Connor’s gaze flicked over her flushed cheeks and quivering mouth. His eyes were as dark as Julia remembered, black you could barely make out the pupil.

“Julia? What are you doing in here?” His voice was so low and deep she could practically feel his voice reverberating in her bones.

“I-I...” She stared blankly up at Max wondering if she’d remembered to wear mascara today.

Max’s expression was a mixture of amusement and disdain as though he couldn’t figure out how someone could be quite so ridiculous. Julia cheeks burned hot and she knew that if she’d been given the choice she’d have gladly starved to death in the property office to avoid this situation.

Eve Dangerfield has loved romance novels since she first started swiping her grandmother’s paperbacks at the age of fourteen. Now she writes her own unapologetically sexy tales about complex women and gorgeous-but-slightly-tortured men. Eve currently lives in Melbourne with her lovely sister and a rabbit named Billy. Locked Box is her second novel.