Cover Reveal: Once by M.S. Kaye 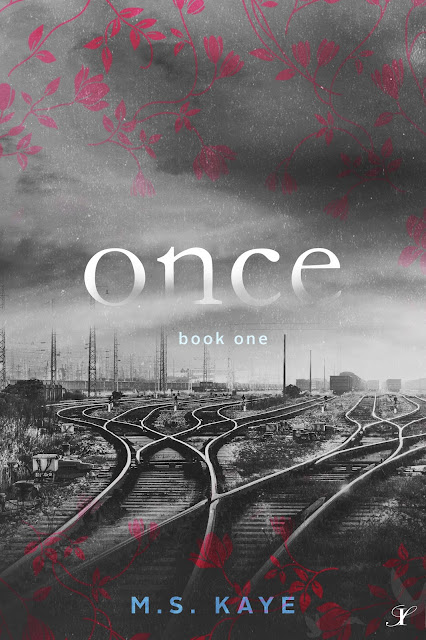 Once
Book One, by M.S. Kaye

Her first and also her once.

Jonathan and Rebecca’s paths cross at exactly the right moment, when each most needs to hear what the other has to say.

But Jonathan is three days from entering the priesthood, and Rebecca leaves him to his peace. But he is unable to find peace.

Without each other’s comfort and strength, they must each struggle to forge a new path, with only memories of the one day that changed everything.

But are they able to forget and let go?

Will be released July 2, 2016 from Inkspell Publishing.

Will be released September 4, 2016 from Inkspell Publishing.

She was once his secret desire…will she be again?

Father Aiden, an ex-marine and new priest, falls in love with Maylynn, but he struggles to stay away from her. He’s successful for many years, though he can’t keep her out of his dreams.

Then one day she shows up for a pre-marital counselling session with her fiancé, Davis. Aiden soon realizes Davis isn’t who he says he is, but what does that mean for Maylynn, and for himself?

Will be released December 2016 from Inkspell Publishing.

Eden, a nun, is constantly struggling against her dark past of living on the streets, and her attraction to Trace, an ex-convict farm worker. After a twelve-year separation, Eden is finally reunited with her brother, Thomas, but why hadn’t she reached out to him in all those years? As Eden and Trace grow closer, confessing their pasts to each other, will they be able to resist getting too close?

He paused. “A switchblade.”

With my fingertips, I reached out and traced the scar across his cheek. “Did you win?”

He removed my hand and closed his eyes. “Yes.”

I slid his Book back to him. “This says we can find forgiveness.”

His eyes still closed, his jaw clenched. He bowed his head. “It also says ‘Thou shalt not kill.’”

I took his hand in both of mine, petted his rough skin, and then brought it to my lips. He had a talent for guiding invisibly, but I didn’t know how to do that.

He watched me again. His eyes were intense, like the black of the night sky, and his forehead was furrowed, as if his emotions were scattered, as if he was shocked at my reaction, as if he had been sure his answer would drive me away. But I knew him. Already, I knew him.

His jaw clenched. “I’ve been trying to believe that.”

He continued to watch me. His forehead never smoothed, as if he was fighting for strength, but his eyes softened. He slid around the booth, closer to me.

I didn’t move, not sure what to do, what was right, what he wanted.

I only watched him.

He touched his lips to my cheek, the faintest pressure. I struggled to sit still, to keep my hands in my lap, not to grab hold of him. And then his lips were gone, such brief contact that I couldn’t be sure if he had actually kissed my cheek or if I wanted his contact so much that I’d imagined it.

He spoke in my ear. “You must be some kind of final test.”

My heart pounded into my ribs, against the point of the blade. “Are you going to pass?”

His lips brushed against my jaw. “I don’t know.”

He trailed to my neck, his mouth softly pressing. My hand curled into his hair, the other on his shoulder, holding, clutching. His mouth found mine, barely touching. His warmth invaded my head.

“God give me strength,” he murmured.

The door slid open, and the compartment filled with laughter.

He closed his eyes. Then he slid away from me.