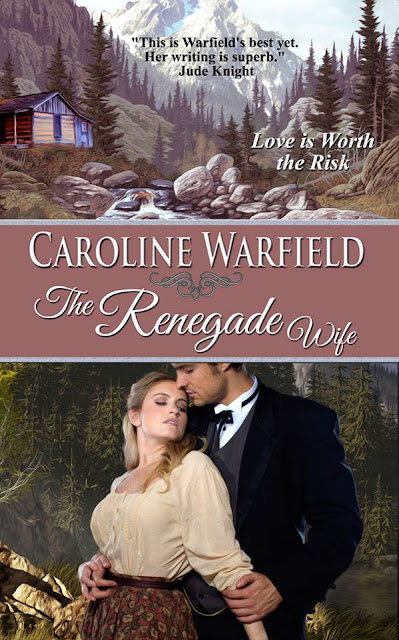 Love is worth the risk...

The heroes and heroines of Caroline Warfield's DANGEROUS SERIES overcame challenges even after their happy ending. Their children seek their own happiness in distant lands in Warfield's new CHILDREN OF EMPIRE SERIES.

In THE RENEGADE WIFE, first of the new series, reclusive Rand Wheatly finds contentment in his remote cabin in Upper Canada, intent on making his fortune in timber, until his precious solitude is disrupted by a woman running from an ugly past. He quickly realizes she wasn't what she claims, but now she's on the run again and time is running out for him to save her.

Caroline is celebrating with a GIVEAWAY on her website here!