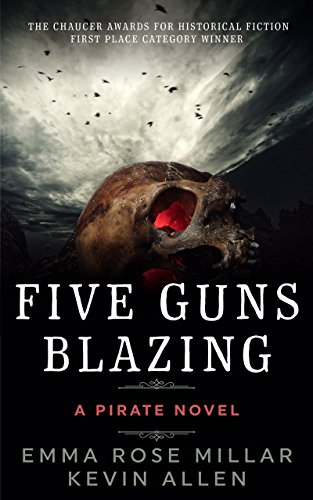 “Never had she imagined she would be brought so low, and all for the love of a very bad man.”

1710: Convict’s daughter, Laetitia Beedham, is set on an epic journey from the back streets of London, through transportation to Barbados and gruelling plantation life, into the clutches of notorious pirates John ‘Calico Jack’ Rackham, Mary Read and the treacherous Anne Bonny.

In a world of villainy and deceit, where black men are kept in chains and a woman will sell her daughter for a few gold coins, Laetitia can find no one in whom to place her trust.

As the King’s men close in on the pirates and the noose begins to tighten around their necks, who will win her loyalty and her heart?

Ours was the King’s ship, Redemption, a rotten hulk with three worn masts, that were splintered, and sails which had been patched and mended. We stood out on deck, overlooking the river while the captain, the gaoler and witnesses signed the transportation bonds, my mother chained by the neck and ankles to five of the most miserable creatures I had ever seen. Also in her gang were: Ezra Corey – theft of a cupful of raisins – seven years; Martha Eales – theft of a pair of stockings – seven years; Ellen Nutt – theft of a handkerchief and gold ring – fourteen years; Johnathan Ward – theft of two flaxen sheets – seven years; and Sarah Wells – theft of a silver watch – fourteen years. We were taken down to one of the lower decks which was dark and airless. I stumbled and clung to the walls to find my way, sliding my feet along the planks. I heard my mother cry out as one of the other convicts bumped against her, with the galling of her chains. Then a single lamp was lit beside the door and through the gloom I saw a floating dungeon of only about fifteen feet long, with a ceiling so low that most of the men could not stand, but yet more people kept coming in, convicts chained together in gangs of six, until there must have been at least eighty of us crammed into the hold.

I had thought that the first night must surely be the worst, when the lamp was extinguished and the rats came scurrying amongst us in the pitch black where we lay, when the darkness was pierced by the shrieking of women against the vile assaults taking place below deck. Then there was the bestial grunting of men as they stifled their screams, the filling of the necessary pots whose stench became sickening and foul. But as we sailed through Dartford and Gravesend then finally through the mouth of the river, along the coastline to Portsmouth and into the wide, open sea, the waves grew high and tempestuous and the wind began to howl. There were rolls of thunder, forks of lightning way out on the horizon that lit up the hold through holes in the rotten timber.

Redemption was tossed around like a matchbox on the crashing Atlantic waves as the storm lashed against the ship, lifting its bow from the raging ocean while the captain fought to bring her under control. We slid from one end of the hold to the other. My mother’s skin where her collar chafed against her neck became bright and horrible in shades of purple and crimson and black as it peeled back and rubbed away, but while others screamed now at every movement of the ship, my mother stared icily into the gloom, as if she was no longer there at all. It was only then, as I imagined land fading into the distance, and the vast expanse of sea that it hit me: my old life was gone forever. 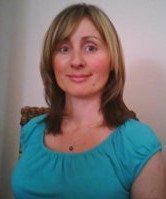 Emma Rose Millar was born in Birmingham - a child of the seventies. She is a single mum and lives with her young son who keeps her very busy and very happy. Emma left school at 16 and later studied for an Open University degree in Humanities with English Literature. She has had a variety of jobs including chocolatier, lab technician and editorial assistant for a magazine but now works part-time as an interpreter.

Emma writes and edits historical fiction and children's picture books. She won the Legend category of the Chaucer Awards with FIVE GUNS BLAZING in 2014. Her novella THE WOMEN FRIENDS: SELINA, based on the work of Gustav Klimt and co-written with author Miriam Drori will be published in December 2016 by Crooked Cat Books.

Emma is an avid fan of live music and live comedy and enjoys skating, swimming and yoga.

Emma is also on Dirty, Sexy History today with a terrific post about the transportation of Margaret Hayes. Come say hello!