Artemis: A New Friend For a Lonely Countess (Giveaway) Plus Free Books for Everyone! 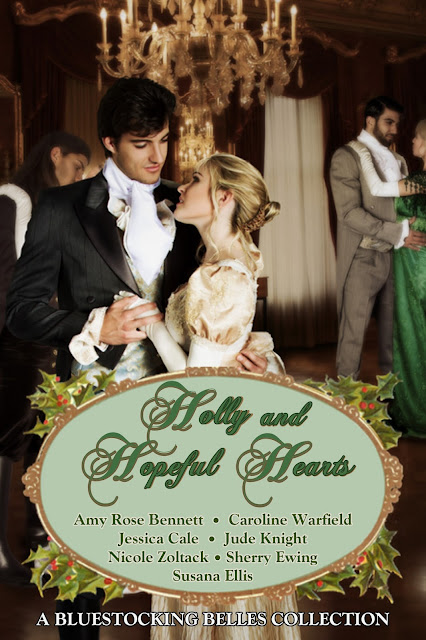 When the Duchess of Haverford sends out invitations to a Yuletide house party and a New Year’s Eve ball at her country estate, Hollystone Hall, those who respond know that Her Grace intends to raise money for her favorite cause and promote whatever marriages she can. Eight assorted heroes and heroines set out with their pocketbooks firmly clutched and hearts in protective custody. Or are they?


25% of all proceeds from Holly and Hopeful Hearts will be donated to the Malala Fund.

An additional 25% of Jessica Cale's proceeds will be donated to Equality NC. 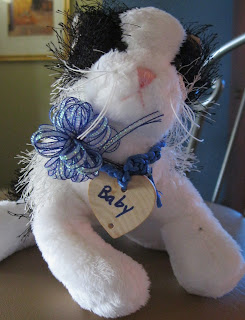 Charlotte woke with the distinct feeling she was being watched.

She sat up in an overstuffed bed, enveloped in layers of soft, sweet-smelling bedclothes. The room was enormous, bright, and tastefully decorated; it was not even a little bit like Somerton House, which was more of a mausoleum crossed with a pirate ship.

It was her first morning waking at Hollystone Hall, and her surroundings were so different from her experience, she had to take a moment get her bearings. She had been so tired after the hours’ long journey the day before, she had collapsed into bed after supper and introductions. Now she was a guest at a spectacular estate in the countryside, surrounded by more titles than a bloody library. She had no hope of remembering them all. She knew she was at a disadvantage as a person of no birth with a reputation that was more than a little scandalous, but she hoped she would not unknowingly disgrace herself.

Again, the feeling she was being watched.

Charlotte frowned and glanced around the room, half expecting to find an especially silent servant waiting in the wings.

She gasped as she spotted the cat.

A tiny ball of black and white fluff, he was a precious little thing, staring at her from the desk with a pair of huge blue eyes. Who had let a kitten into her room?

“Hello, baby,” she called to it in a sweet voice. “Where did you come from?”

The kitten reached forward with an uncertain paw, too large for his body. He lurched forward, his hindquarters shaking, but stopped short of leaping. After another attempt, he finally jumped and hit the foot of the bed, scrambling up the covers with his claws.

“What a good kitty!” she praised him, reaching for him as he padded across the bunched up bed clothes. When he was close enough, she gingerly drew him into her lap, stroking his fine, soft fur. He swatted the ends of her hair and she giggled.

She played with the kitten until a maid arrived with a pot of chocolate. The maid greeted her with a pleasant smile. “Good morning, Miss Halfpenny. I see you’ve found your kitten.”

“My kitten?” she asked, hope rising in her chest. She had never had a pet before.

“Oh, yes. There are quite a few of them running around. Lord Somerton thought you might like one.

He left it for you this morning.”

Charlotte grinned, holding the kitten protectively. Of all the things that came with being a countess, the kitten was her favorite. “How kind of him. Where is he?”

“I believe he’s out riding with the gentlemen,” she said, pouring her a hot cup of drinking chocolate.

Charlotte nodded and accepted the chocolate. “Thank you.”

The maid pulled open a drawer in the desk and withdrew a quill, ink, and paper. “I’ll leave these here for you.” She set them out on the table beside the bed. “Shall I send someone to help you dress?”

Charlotte blinked. She had been dressing herself her whole life without any assistance to speak of. Still, some of the new items she had purchased would require more help than she was accustomed to.

Once the maid had gone, Charlotte frowned over the paper, trying to word her note of thanks to her intended.

The kitten swatted the end of the quill and Charlotte laughed in delight. She drew the end of the feather over the kitten’s ears and he whacked it, opening his mouth to bare his tiny teeth. He was so precious she felt as though her heart might burst just to look at him. Would she feel the same about the baby when it came?

She waved the quill in front of the kitten’s nose and giggled as he snapped at it, her glee going some way toward relieving her anxiety at spending a fortnight with influential people who had every reason to distrust her.

The kitten caught the quill between its paws and kicked at it with his back legs. She smiled down at him. “At least I’ll have one friend.” 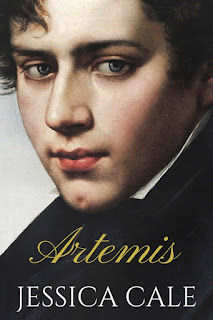 Actress Charlotte Halfpenny is in trouble. Pregnant, abandoned by her lover, and out of a job, Charlotte faces eviction two weeks before Christmas. When the reclusive Earl of Somerton makes her an outrageous offer, she has no choice but to accept. Could he be the man of her dreams, or is the nightmare just beginning?

Artemis is one of the eight great novellas in the Holly and Hopeful Hearts Box Set.

Charlotte adores her new kitten, and you can have one, too! Enter our Rafflecopter giveaway here to win a stuffed black and white kitten of your own (pictured above).

About the Bluestocking Belles

The Bluestocking Belles, the “BellesInBlue”, are seven very different writers united by a love of history and a history of writing about love. From sweet to steamy, from light-hearted fun to dark tortured tales full of angst, from London ballrooms to country cottages to the sultan’s seraglio, one or more of us will have a tale to suit your tastes and mood. Come visit us at http://bluestockingbelles.net and kick up your bluestockinged heels!


Look for us online

The Bluestocking Belles proudly support the Malala Fund charity. You can find out more on our website: http://bluestockingbelles.net/belles-joint-projects/the-bellesinblue-support-the-malala-fund/ 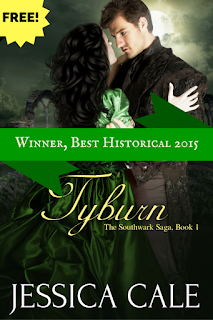 The fine folks at Liquid Silver Publishing are running a special offer on Tyburn from October 1st - 20th -- it's FREE! That's right! If you're at all curious about my series, The Southwark Saga, you can download the first book for your Kindle, Nook, or other e-reader free of charge until the 20th. Whether you love it or hate it, I can promise you Tyburn is not like anything you've read before. Download yours while it's free, tell your friends, and do a girl a favor by sharing this far and wide. I appreciate your help!

I will update this page with the free links as they pop up over the next couple of days. If you don't see it free from your preferred retailer right away, please be patient -- we will get it to you one way or another. Thank you! x