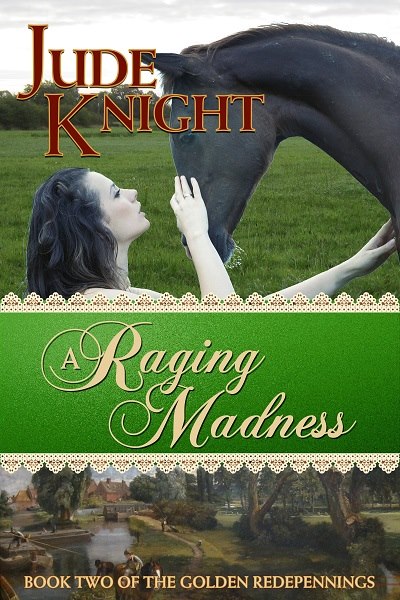 Their marriage is a fiction. Their enemies are all too real.

Ella survived an abusive and philandering husband, in-laws who hate her, and public scorn. But she’s not sure she will survive love. It is too late to guard her heart from the man forced to pretend he has married such a disreputable widow, but at least she will not burden him with feelings he can never return.

Alex understands his supposed wife never wishes to remarry. And if she had chosen to wed, it would not have been to him. He should have wooed her when he was whole, when he could have had her love, not her pity. But it is too late now. She looks at him and sees a broken man. Perhaps she will learn to bear him.

In their masquerade of a marriage, Ella and Alex soon discover they are more well-matched than they expected. But then the couple’s blossoming trust is ripped apart by a malicious enemy. Two lost souls must together face the demons of their past to save their lives and give their love a future.

It was a cool day in late autumn but fine and still. Alex was carried from the boat across the bridle path to the field where they had set up trestles on a borrowed door they had pressed into service to act as stretcher and operating table.

Barlow and Whitlock had returned to watch, and Mrs Manning had bullied them into washing so they could help hold Alex during the operation. Mrs Manning’s husband had also been an advocate of Alexander Gordon’s theories that contagion was minimised by cleanliness, something Ella’s father had taught her. She had seen the benefit many times when his patients and hers survived in greater numbers than those of other doctors.

With that in mind, she had boiled the lancets and probes Mrs Manning provided. The cloths they would use, too, had been freshly laundered in boiling water, and the door had been scoured with strong soap and then draped with a clean sheet.

They strapped Alex to the door to stop him moving, gave him a wooden block to bite on, washed his naked thigh, and draped cloths around it to catch the fluids that would spill.

She could not think of that: could not reflect that she was about to cut into her nemesis, her saviour, her dear friend; could not consider the consequences if she failed. She said a quick prayer, and then, as her father had taught her, she took a deep breath and let it go, releasing with it all consciousness of the small crowd of watchers, of the still smaller crowd of helpers, of Alex as a person.

Before her was a leg. A thing of meat and bone and blood, and within it the enemy, the death-bringer. Finding the abscess, releasing the poison, that was her entire focus. The muscle of the thigh was simply something to be damaged as little as possible as she sliced into it to reach the poison beneath.

She had chosen the sharpest and most slender of the lancets, and with it, she cut quickly and deeply.

On another plane, someone gave a smothered, strangled scream, and the thigh twitched but not enough to deflect her blade from its path. There. Pus, a thick yellowy cream springing up the channel she had made, mixed with the blood that tried to drown her view.

Of a sudden, her detachment deserted her, and she braced herself against the table, tightening her suddenly weak knees so she didn’t fall. Rotting flesh had an odour all its own; once smelled, never forgotten. This was infection, but not rot. She was in time.

And time was of the essence. No indulging in vapours.

She held out a hand for the probe, a clever thing with a magnet at one end designed for capturing and withdrawing bullets. If it was iron or steel, this would collect it.

Her way was obscured. As fast as the careful competent hands of her helper wiped away the mess of fluids, they welled up again.

No matter. She felt her way down the path made by her scalpel and grinned in fierce triumph when the probe jerked as it attracted the lump of metal deep in the wound. It was larger than the path. Could she extract it without more cutting…? Yes! There it was, dropped into the teacup that Mrs Manning held ready. She probed again, but the wound seemed to be empty.

No. Something foreign. Not a bullet. “Tweezers, please.”

They came to her ready hand, and again she sent all of her awareness into her hand and the tweezers became an extension of her fingers. There. It came easily. A piece of fabric, perhaps from Alex’s uniform trousers or perhaps wrapped around the pieces of metal in the canister that formed the cannon shell.

The wound was running more or less clean. It was time to finish. With clean tweezers, she inserted a strip of silk deep into the wound to keep the outer surface from closing over before the abscess was healed. No stitches, then. A dressing smothered in honey and beeswax and bandages to hold it in place.

“I will bandage, Mrs Sedgewick,” her helper said. “You have done a magnificent job.”

Alex had let the wooden block drop from his mouth and was somehow managing to smile, though all the colour had leached from his skin, which was slick with sweat. She went to place a comforting hand on his shoulder then stilled her gory hands and instead bent to lay her lips against his forehead.

“It is done, Alex. We have the stuff out that shouldn’t have been there. You can heal now.” That was as much a hope as a promise. The wound appeared clean for the moment, but it could sicken again. She had assisted with, had even herself removed bullets from, men as strong as Alex who had turned their faces to the wall and died.

“Saved. The. Leg?” Alex dredged each word from deep inside.

“Yes,” Ella told him. For the moment. By the grace of God.

“Yes, you should rest,” Ella agreed. Rest was healing.

Touched, she kissed him again.

Stop by Dirty, Sexy History today to read Jude's post on surgery during the 18th and 19th centuries!

Jude Knight’s writing goal is to transport readers to another time, another place, where they can enjoy adventure and romance, thrill to trials and challenges, uncover secrets and solve mysteries, delight in a happy ending, and return from their virtual holiday refreshed and ready for anything.

She writes historical novels, novellas, and short stories, mostly set in the early 19th Century. She writes strong determined heroines, heroes who can appreciate a clever capable woman, villains you’ll love to loathe, and all with a leavening of humour.

Comment here for your chance to win an ebook copy of Farewell to Kindness, and enter the Rafflecopter below to win your own made-to-order story!