July 29, 2017
The events of this tale take place in 1792. They form the backstory for one of the main characters in Lawrence Hogue’s new novel, Daring and Decorum, which takes place four years later. 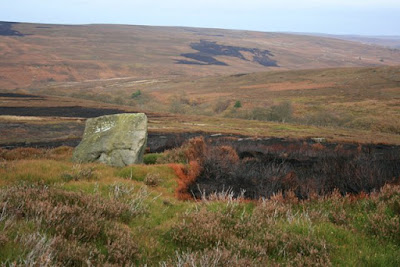 A week later, an officer from Bow Street was in Cosgrove’s shop. No member of Aysgarth’s family had been located to offer a reward, but the Home Office had seen fit to assign a runner to the case, given the political situation in the country. It might be a simple domestic dispute, but any sort of French-inspired anti-aristocratic motives had to be ruled out. Of all the counties in England, Yorkshire was known to be among the most ripe for rebellion.
The Bow Street runner, Bickersley, glowered at him over the counter. “What did you think you were doing up there, man? Tracking blood all around the crime scene, tramping the snow so we couldn’t tell who’d been where.” The weather had stayed cold all week, and no new snow had fallen, so Cosgrove’s own tracks were still plain to see, along with those that had been left in hitching the carriage horse to the curricle and saddling the Baron’s mount for the journey off the fell.
Bickersley looked around at the modest shop. “Just my luck, getting assigned to a dead-end case in this god-forsaken spot. Took long enough to get here, and working only for a per diem. Why couldn’t they have put me on a juicy bank job?”
“Were you able to make out what happened?”
The officer sighed. “Like as not, your suspicions are correct, but we’ll have to examine the Baron’s will to rule out any motives among the footmen.”
“And will you be able to track down Lady Aysgarth and her maid?”
“Very likely. We’ve already made enquiries at the Crown in Boroughbridge, and a woman fitting Lady Aysgarth’s description was seen there, boarding a coach for Doncaster. And we’ve printed handbills and items in newspapers from here to London.”
He handed one of the bills to Cosgrove. It read: “Wanted for questioning in the death of the Right Honorable Charles Kingston, Baron Aysgarth: Rebecca Kingston, Lady Aysgarth (née Hazelton) and Anna Templeton, lady’s maid. Reward: 100 guineas.”
“Do you – do you truly believe a woman capable of committing such a heinous act?”
The officer laughed. “What’s a woman not capable of, more like, when moved by jealousy, rage, or self-protection. Don’t be naïve, man. I’ve seen women do far worse.”
Cosgrove swallowed.
“Don’t trouble yourself, Mr. Cosgrove. We’ll get to the bottom of it, despite your bumbling and the lack of a reward. Perhaps it’s time you stepped aside in favor of another candidate.”
Cosgrove wished fervently that another volunteer for this onerous duty could be found. “Believe me, Mr. Bickersley, nothing would make me happier.” 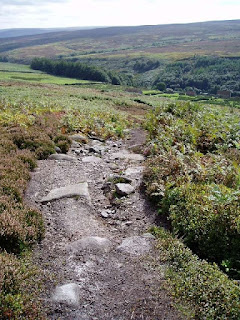 Bickersley’s confidence proved ill-founded, however. Lady Aysgarth’s trail went cold in Doncaster. She had purchased a seat on the Edinburgh coach, but no one could remember her boarding. But neither had she purchased a seat on any other coach, nor could any of the drivers on any of the other coaching routes remember a woman fitting her description. Enquiries at the main coaching inns between Doncaster and London proved equally fruitless. Strangely, her horse was never found. Lady Aysgarth had disappeared as thoroughly as if swallowed by the fog that regularly shrouded the moors.
Neither could any trace be found of Miss Templeton. But come March and the arrival of warm southern winds, Cosgrove – having proved unable to foist his position onto another gullible volunteer – kept his eye on the thaw. When the snow had retreated to the highest fells, he made his way through the spring muck to Aysgarth Manor. It didn’t take him long to find a disturbed patch of earth on the side of the manor away from the stables, hard up against the steepening fell. It had the look of a grave, though whoever had dug it had been wise enough to scatter the extra soil about, rather than mounding it, leaving it undetectable under a carpet of snow.
He returned a day later, in the company of the magistrate, a doctor, and the village gravedigger. In a short time, the latter fellow had unearthed a body wound in a sheet. When the doctor undid the wrappings, he found the body well-preserved, as it had been nearly frozen for the preceding three months.
When Cosgrove had done emptying his stomach in the drab heather, he was able to attend to the doctor’s cursory examination. The body was that of a woman, slight of frame and with blond hair, wearing only a nightdress. In a moment, the doctor stated a preliminary cause of death: a crushing blow to the back of the head, likely due to having fallen against the grate where Cosgrove had discovered the blond hair.
Without a doubt, this was the body of Miss Anna Templeton. How she had come to fall against the grate would remain a mystery – at least until Lady Aysgarth could be located and questioned.
Nothing else was remarkable about the body, save the one bit of adornment Miss Templeton wore about her neck: a locket, containing a single tuft of light brown hair.

In this unsolved state the case remains to this day, Lady Aysgarth having never been found. However, readers wishing to learn the secret of the Aysgarth murders will find all their questions answered in a new novel, Daring and Decorum, due out August 1 from Supposed Crimes. 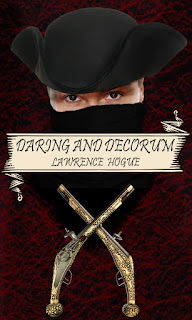 Twenty-year-old Elizabeth Collington, the proper and obedient daughter of a Devonshire clergyman, believes herself beyond girlish romances. But when a highwayman steals a kiss, along with her departed mother's necklace, Elizabeth experiences feelings of which her father would never approve. Soon after this unsettling event, a young widow arrives in the village, catching Elizabeth by surprise as their friendship advances quickly to the deepest intimacy she has ever known. Yet the highwayman will not leave her alone, filling her mind with ideas of revolution and her body with sensations of the greatest impropriety. Amidst this swirl of conflicting feelings, Elizabeth hardly has time to consider Anthony, son of the neighboring Earl, whose halting courtship holds out her one slim chance at an establishment in life. Will Elizabeth choose the conventional path, honoring her duty to her father and safeguarding her reputation? Or will she follow the demands of her heart, pursuing a love even less proper than that for a highwayman?
A comedy of manners wrapped around a Gothic tale, a mashup of Jane Austen, Alfred Noyes' poem "The Highwayman," Ellen Kushner's Riverside series, and Robin Hood, Daring and Decorum makes a passionate case for the freedom to love whom one chooses. You might call it, "Racier than Jane Austen, better-written than Fifty Shades of Grey." Or maybe, "Regency Romance, minus the hunky, shirtless lords." (What's left, you ask? Let Elizabeth show you! ) 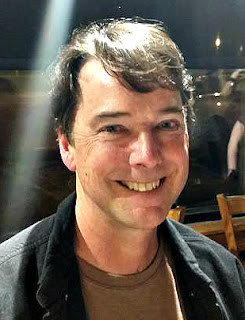 Lawrence Hogue's writing is all over the place and all over time. He started out in nonfiction/nature writing with a personal narrative/environmental history of the Anza-Borrego Desert called All the Wild and Lonely Places: Journeys in a Desert Landscape. After moving to Michigan, he switched to writing fiction, including contemporary stories set in the desert and fanfiction based on the videogame Skyrim. He’s a fan of folk music, and got the idea for Daring and Decorum while listening to Loreena McKennitt’s outstanding adaptation of Alfred Noyes’ poem, The Highwayman. When not speaking a word for nature or for forgotten LGBT people of history, he spends his white-knighting, gender-betraying energies on Twitter and Facebook, and sometimes on the streets of Lansing, MI, and Washington DC. He's been called a Social Justice Warrior, but prefers Social Justice Wizard or perhaps Social Justice Lawful Neutral Rogue.
Website | Twitter | Facebook | Pinterest | Amazon | Instagram
18th century Daring and Decorum Gothic highwayman Lawrence Hogue Murder on the Moors Regency short story