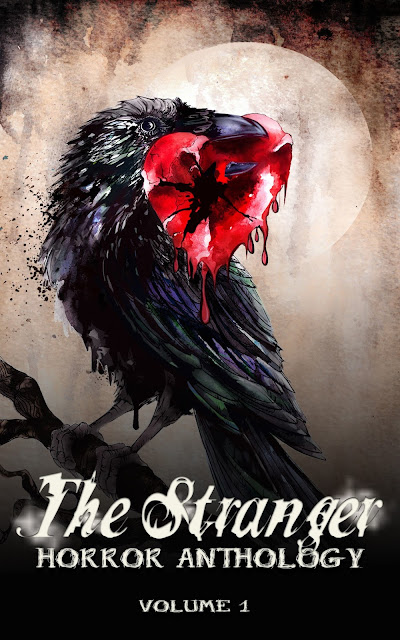 Hey guys! I have some exciting news. My publishing company, Corbeau Media, is putting out a horror anthology for Halloween and I'm going to be in it along with some of my favorite authors.

My story is different from what you've come to expect from me. It's contemporary horror set in a nursing home in Minnesota. It is a *little* romantic, though...you can take the author out of romance, but you can't take romance out of the author (or something)?

Cassie dropped her forehead against the fluorescent blue face of the pop machine as the bill reader rejected her crumpled dollar for the fifth time. It was 4:55 a.m. and though the beige break room was bright enough to read an X-ray, she needed her second Mountain Dew to trick her brain into thinking her hours were natural.

The soft buzz pulsating above her eyebrows was almost comforting, a little harmless white noise to interrupt the oppressive silence of the night. There was nothing natural about her shift pattern. Winter in Minnesota, she rose after dark and slept when the sun came up, one of two LPNs working the graveyard shift at Bear River. She got paid an extra dollar an hour for her trouble, and that had made it worth it, in the beginning. After all, she had student loans to pay off.

Seven years of night shifts later, it was that extra dollar she’d washed in her scrubs until Washington had come out soft and faded, more of a harried Walt Whitman than the commander of the Continental Army.

The ticking of the over-sized clock echoed across the linoleum, propelling her a little closer to the end of her smoke break with every deafening snap. A faint whirring invaded the rhythm, like an insect buzzing from another room. A red light glared at her from the corner beside the microwave. Who had left the radio on?

She turned the dial up three notches. The residents were all sleeping and most would have their hearing aids out; if she kept it low, they wouldn’t hear it.

“That’s what this shift needs. More cowbell.” Cassie smiled to no one in particular and sang along as she tried to smooth out her dollar on the counter. “Came the last night of sadness, and it was clear she couldn't go on...hm hm hmm wind appeared, candles blew and then disappeared, curtains flew and then he appeared, saying don’t be afraid…”

She tapped her foot and shook her ass, there was no one to see her. The song was a bit before her time, maybe, but every radio station in the state seemed to be permanently stuck in 1987 so she had grown up with Blue Oyster Cult and Kansas.

She punched the air as the machine finally took her dollar and the balance appeared on the little black screen. She smacked the button automatically, the worn plastic the only evidence of her nightly habit. Well, that and her triglycerides, sky high though she’d always maintained a healthy weight in spite of a diet that consisted almost entirely of Mountain Dew, Cheetos, and Marlboro Lights. She twisted the cap off of the bottle and poured it over the half-melted ice in her BPA-free Slytherin cup. That first hit of neon caffeine was goddamned magical. She took a second and popped her nightly vitamin D capsule--her first and only defense against rickets--as the song’s final strains wound their way into the morning.

She shut off the radio as she recognized the opening to the Metallica cover of Turn the Page for only the five hundred thousandth time since she’d graduated high school. “That’s enough of that,” she muttered as she slipped out the side door.

The snow was finally melting but the night was still cold as hell. She zipped her fleece-lined hoodie up to her chin and lit a cigarette with shaking hands. The parking lot was quiet as the nursing home, the street lights casting huge orange ellipses over old cars too rusty to be considered “classic”. Her own piece of shit Pontiac was a few spaces from the door beside Marissa’s pickup. It had been a particularly savage winter and the salt on the roads had eaten the edges of the hole in the floor until she could see the potholes the city denied having beneath the brake pedal as she swerved to miss them.

It wasn’t much of a view. She leaned against the door and looked at the river, all black and shining beyond the trees.

Cassie caught a hint of movement in her peripheral vision and her gaze snapped back to the parking lot. One of the residents had gotten out and was walking away as fast as his compression socks would take him.

“Shit.” She dropped her cigarette in the snow. “Mr. Anderson! Mr. Anderson, is that you?”

As she ran toward him she realized he wasn’t alone; he was walking with a much younger man. She skidded through the dirty snow, her breath billowing like smoke from the iron works across the lake.

“What are you doing out of bed? Breakfast isn’t for another three hours.” She touched his arm and he was colder than she was, wearing nothing but his monogrammed pajamas.

He smiled at her gently. “I’m going to miss my train. My friend here is taking me to the station.”

“In your pajamas?” She looked at his friend and all rational thought stopped. He looked young but oddly ageless, with eyes like the moon--bright, beautiful, and cold. He wore a dusty dark coat and a Fair Isle sweater. She softened. Surely no psychopath would abduct an elderly man while wearing something as dorky as a Fair Isle sweater.

Her amusement left her as she met his gaze. The night seemed to darken around them as he regarded her with something like compassion. It was tangible, that gaze; she could feel it.

It felt like the perfect relief of total oblivion.

Pre-order links are coming soon. I hope you guys enjoy it as much I loved writing it. This one is personal to me in a few ways: I grew up volunteering in nursing homes in Minnesota and my mom worked in them when I was a kid. One way or another, I spent a lot of time in them. Apart from that, I have worked in the medical sector for the better part of a decade, so this is close to home for me in more ways than one. It even has a happy ending!

I will be sharing more about the anthology over the next couple of months, so be sure to stop back. You can also read more about it on our website at corbeaubooks.com.

Thanks for stopping by! 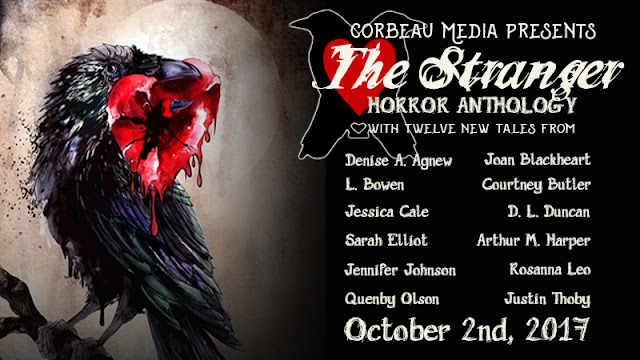